Zion National Park is an amazing park with outstanding routes and challenging levels where the climbers show their ability climbing on the different levels. There are also several good entry levels from grade IV to grade V such as Prodigal Sun, Moonlight Buttress, and Touchstone Wall. Zion also offers challenging trails for experienced hikers. When the hikers want to explore the ZNP, they usually have different thoughts and opinions, and they may also get scared seeing the huge walls surrounding the park. 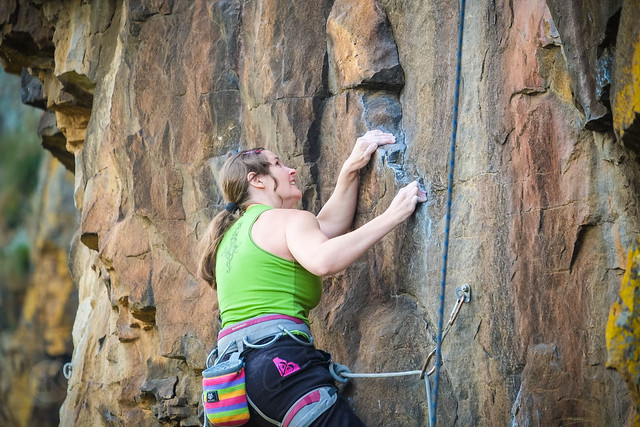 It’s a climbing style where the hikers feel protected by pulling themselves through fixed devices to make an easy upward movement. It is much safer than the free climbing in which climbers ascend the hill using rope and other gears that may not be as protective as aid climbing.

Many people are scared of the steep and big walls of Zion, and Zion is known for its fearful walls and learning aid climb is not an easy process, although people know about its reputation, they still climb the gorgeous red walls, hiding their fear. The modern aid climbing is perfect for traditional roadside walls of the main canyon like Moonlight Buttress and Desert shield as ‘Sport Walls’. The phrase Sport wall comes from a modern view of the age-old game of aid climbing which is 1000feet tall and it isn’t a simple feat to conquer.

Hikers who are not completely aware of this modern aid climbing may consider it as only an upward effort, and hence consider the retreat to be very difficult and unsafe. Actually several roadside walls which are found near Angels Landing can be climbed down very quickly. The modern standards have increased the safety levels, and organizations like ASCA (American Climb Safe Association) are committed to changing the old retro routes to those of current period. Many climbers consider it as a good change and they are happy to welcome the new prospects with open arms. But, some people still believe in old style and they are not yet ready to accept the new change.

The expert climbers consider that the experience level of the climbers who are trying the save anchors and easier routes are a positive improvement. Around 90 percent of the large wall climbing, happens only at selected routes. The truth is, more experienced climbers are on these five excellent routes and they have seen several climbs that are much better than many other routes which are accessible in the park. The trade routes are generally considered as simple or reasonable though they are still considered as a dreadful challenge for many hikers who attempted the climb. Generally the experienced hikers may feel that trade routes are ‘easy’ but mostly they underrate to risk factors of the exploration that they are trying on. Zion is in a desert location on the borders of the Colorado upland, and climbers do not consider it as alpine. But, Zion is tough ground to take part in due to its challenging technicality and delicate nature.

The history shows that the aid climbing at Zion has been greatly recognized. A new sign of how to recognize and the free climb the wall started in the early 1980’s. Dave Jones has taken the charge to lead initially; he found several tough trail pieces in the aid sphere in the early years. He also realized quickly he is wasting his effort in finding tough climbs as most of the climbers are not very interested in climbing hard aid climbs. His comprehension provoked a change and he focused more on what the famous author Ron Olevsky mentioned in his famous Zion’s popular new day routes like space Shot and Prodigal Sun. the author prefers clean and simple climbing ethics than choosing the challenging climbing. He was more concerned about the feasibility of aid position, but, on the other hand, encouraged the clean and free motto. Some of the best and inspiring clean and free routes include Equinox on the Leaning-wall, Lovelace at the East Temple, Shunes Buttress on Red –Arch Mountain and Touchstone at Big Bend. In the coming years, all these climbs will see a free raise. Sometimes finding partners to climb along will get difficult when the rock climber traffic is low.

Zion experienced a new start in the late 1980’s and early 1990’s; two local climbers were initiated to climb. Darren Cope and Brad Quinn, both local boys, were the first partners who climbed the east part of the West Temple successfully in 1990 October. They named their route as “Gettin’ Western”, a local phrase, which these two boys used to portray anything that was a little crazy and wild. It was a remarkable success that has viewed a few repeated climbs. Doug Byerly and Doug Hall is the second team to endeavor Gettin’ Western and they are the first team who attempted free-climb, they climbed this dangerous cliff without using any aid and pitons.

In the entire history of Zion climbing, there was no large group of people, only a few people who used to stay in small towns of Springdale and Rockville. Earlier locals used to live in an old home at R.V. Park which was called as “The Rock House”. It was the headquarters of climbing achievements and would become well-known to the rest of the clan. The present climbers would definitely visit the epicenter and spend some time there. Some of the famous people like Mugs Stump, the best adventurer and mountaineer, John Middendorf, an A5 company owner, Doug Byerly from Colorado and also the famous Conard Anker, are some of the well-known climbers who spend great time at The Rock House and who made their way in Zion’s history. They had to move on to canyon for living because of their responsibilities as grown-ups.

Joe French and Eric Draper, have very little experience on the large cliffs, but it has no effect on what they have learned and they are very clear about the facts on what the future is going to be. If you are a new climber, then climbing big cliffs is definitely not in your list, but with effort and determination you may like to proceed if you have professional climbers with you. After several visits to The House of Rock, you may not find it as enthusiastic, you may develop new interests and new zeal to find and learn more about the Zion’s climbs. Once you have fun climbing the thin and steep cliffs, you may shift your focus to clean and free like any other professional climbers. Once you start exploring further you may see clearly the fine and the free lines and connecting features to craft long free climbs such as The Mean High Tide at Big Bend, The big Lebowski at West Temple, and Plan-B on Mt. Moroni, Tatoween at Mt. Kinesava and Mojo Risin at Johnson Mountain, etc.

Earlier climbers used rough aid climbing with stoppers, pitons and cams to climb big cliffs like Kinesava Mountain, Mojo Risin, cowboy, and albertnewman, now those days are gone. But, still the usage of strong aid climbs hasn’t disappeared these are as helpful for those climbs as ever before. The famous hikers like Mike and Mark Anderson, Alex Honnold, Brad Barladge, Dough Heinrich, Brain McCray, Rob Pizem, and Peter Croft, and several other climbers raised the climbing standards on the big walls of Zion and other places as well. Many people still consider aid climbing is the safest technique than free climbing as the big cliffs cause more difficult challenges. When people accomplish the early aid climbing, then they will realize that aid climbing is the best way to climb big walls and don’t forget to bring lots of water, food and hiking gear and start climbing the wall fearlessly.

Maintaining safety standards while climbing the high walls must be your number one priority in all hiking tips. Choosing the Aid climbing is the right choice for safe and secured climbing in Zion National Park. You can also get climbing guides and other required information, which can help you understand the difficulties and how to take safety measures for safe and successful climbing.

This site uses Akismet to reduce spam. Learn how your comment data is processed.